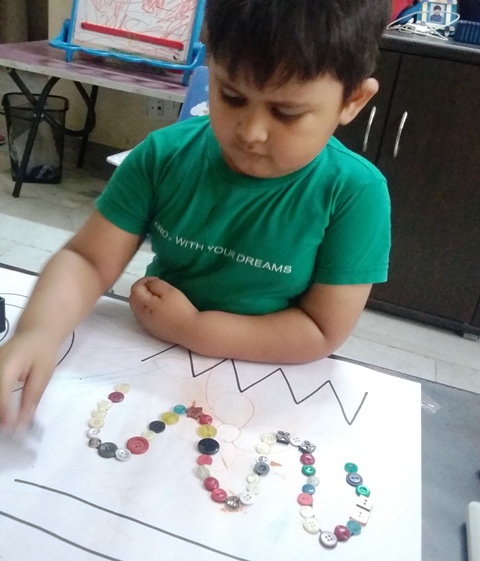 While clearing out some old drawers at my mom’s place, I found a box which had a huge collection of old buttons and other related stuff. My mom was not keen on keeping the stuff. So, I carried them with me to home.

It was vacation time and I had pasted a white chart paper permanently on the center table of my kid’s room. I had seen this activity somewhere on the internet and decided to try it with my son. So, I took out all the buttons in a small box, and drew some random shapes on the chart paper. 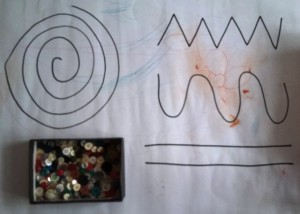 My son has already gotten used to the fact that mom is planning something for him! So he asked me, “Mom are you done? Can I come and play? “. I guess he was just waiting for a yes… and he set off to work. 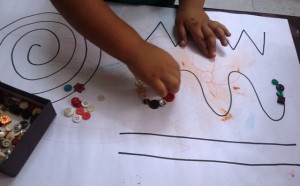 If you do not have button, you can use gemstones, ornamental stones available at stationary shops, pebbles, bottle caps, pompoms, tiny sea shells or other small stuff for this activity.

It is a fun and engaging activity that not only builds up the fine motor skills but also helps in enhancing the hand – eye coordination too ! 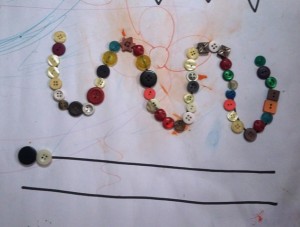 Once we were through with putting buttons on the wave, it was time to try something more.

4. We had too many white buttons, so they were put on a spiral – the biggest pattern we had drawn. 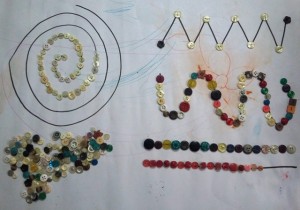 It was a lot of fun and I couldn’t stop myself from getting involved. But I know he didn’t like it. He kept shooing me off 😀 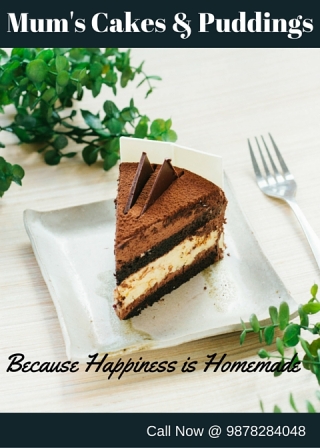